Devloping citizens of character dedicated to serving their nation and community since 1993.

Major Ronald (Scott) Bright is a 20 year career officer and Command Pilot with over 2500 total hours.  Aircraft flown include the T-37, T-6, T-38, T-1, C-130H1, C-130E, and the HC-130P.  He was previously the Chief of Long Range Plans, 23 WG/XPX, at Moody Air Force Base, Valdosta Georgia.  In his previous position he was responsible for the management and oversight of 35 Wing level plans and directs the Group Control Center during exercise and real world contingencies.  Most recently Major Bright completed a one year tour (May 2009-May 2010) in Iraq supporting Operation Iraqi Freedom.  His duties included advising Senior Iraqi Air Staff members on rebuilding an enduring and credible Iraqi Air Force.  His advisory efforts were key in the delivery of the first 8 of 15 T-6A Texan II trainer aircraft, the development of the T-6A flying syllabus, and the initial training pipeline of future Iraqi Air Force pilots. 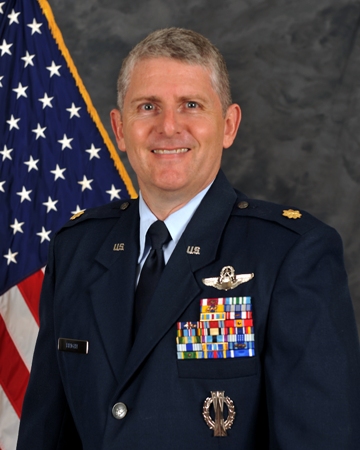 experience.  His duties included three years as the Chief Wing Operations Plans 15th OSS/15th Airlift Wing, Hickam AFB HI where he was responsible for managing all the Wings support plans and worked not only with units located on Hickam AFB, but numerous federal, state and local agencies. Additionally while at Hickam AFB, he was the Military Deception Officer for all 15th Airlift Wing units and tenant units.  Still another area of leadership Major Bright was directly involved with during his career, he was the 479th Flying Training Group Life Support Officer; gaining valuable experience supervising almost 20 enlisted Airman and managing all life support for over 35,000  T-6A and T-38C sorties a year.  Major Bright also expanded his breadth of experience and knowledge while serving as a Missile Combat Crew Commander in the 508th Missile Squadron at Whiteman AFB MO.  During this tour Major Bright had direct supervision of 10 Minuteman II Nuclear weapons and auxiliary control of 40 additional missiles.  At the end of his missile tour, Major Bright played a crucial role executing the Presidential direction to deactivate the Minuteman II weapon system.

Major Bright was born in Alton IL and graduated from Roxana High School in 1982.  He attended Southern Illinois University at Edwardsville (SIUE) and received his Bachelor of Science degree in Earth Science in 1986 and his Masters of Science degree in Geography in 1990.  He was commissioned a Second Lieutenant in 1990 through the 2 year ROTC program at SIUE where he received Distinguish Graduate honors.  After commissioning, Major Bright received his pilot wings at Williams AFB AZ in 1991.  Major Bright is married to the former Carla D. Martin (1985) and has two children, a son Ryan, 26, and a daughter, Jordan, 23.